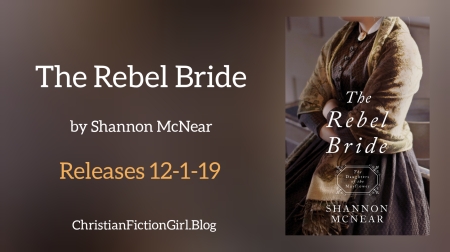 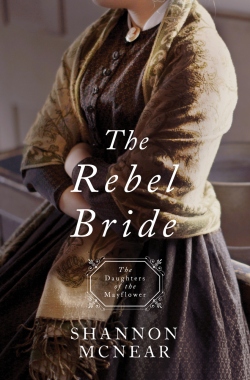 Series: Daughters of the Mayflower #10

Can Love Form Amidst Tensions of War?
​
During the clash between Union and Confederacy, quiet Tennessean Pearl MacFarlane is compelled to nurse both Rebel and Yankee wounded who seek refuge at her family’s farm. She is determined to remain unmoved by the Yankee cause—until she faces the silent struggle of Union soldier Joshua Wheeler, a recent amputee. The MacFarlane family fits no stereotype Joshua believed in; still, he is desperate to regain his footing—as a soldier, as a man, as a Christian—in the aftermath of his debilitating injury. He will use his time behind enemy lines to gather useful intelligence for the Union—if the courageous Rebel woman will stay out of the line of danger.

I’ve greatly enjoyed the Daughters of the Mayflower series. What I’ve appreciated the most is finding new-to-me authors such as Kathleen Y’Barbo, MaryLu Tyndall, and Shannon McNear. Honestly, all of the authors who have written for this series are amazing, but I have to say that Ms. McNear is a stand-out to me. I was completely blown away by The Cumberland Bride, and now with The Rebel Bride, I can confidently say that McNear is a novelist I will definitely follow. The Rebel Bride is superb storytelling. The plot is outstanding, the conflict is so engaging I couldn’t help but stay up late into the night turning pages, Pearl and Josh’s romance had me swooning, and the history is so artfully brought to life I felt like I was in Tennessee in 1863. Truly, The Rebel Bride is an amazing ride!

To keep things simple, I’ve created a list detailing why I love this book.

I could go on and on about how excellent this novel is, but I won’t because I don’t want to spoil a single thing. Suffice to say, The Rebel Bride is an excellent novel — one I cannot recommend enough. Purchase a copy for yourself today. You will not be disappointed!

I received a review copy of this novel in eBook form from the publisher, Barbour Books, via NetGalley. In no way has this influenced my review. The opinions expressed in this review are my own.