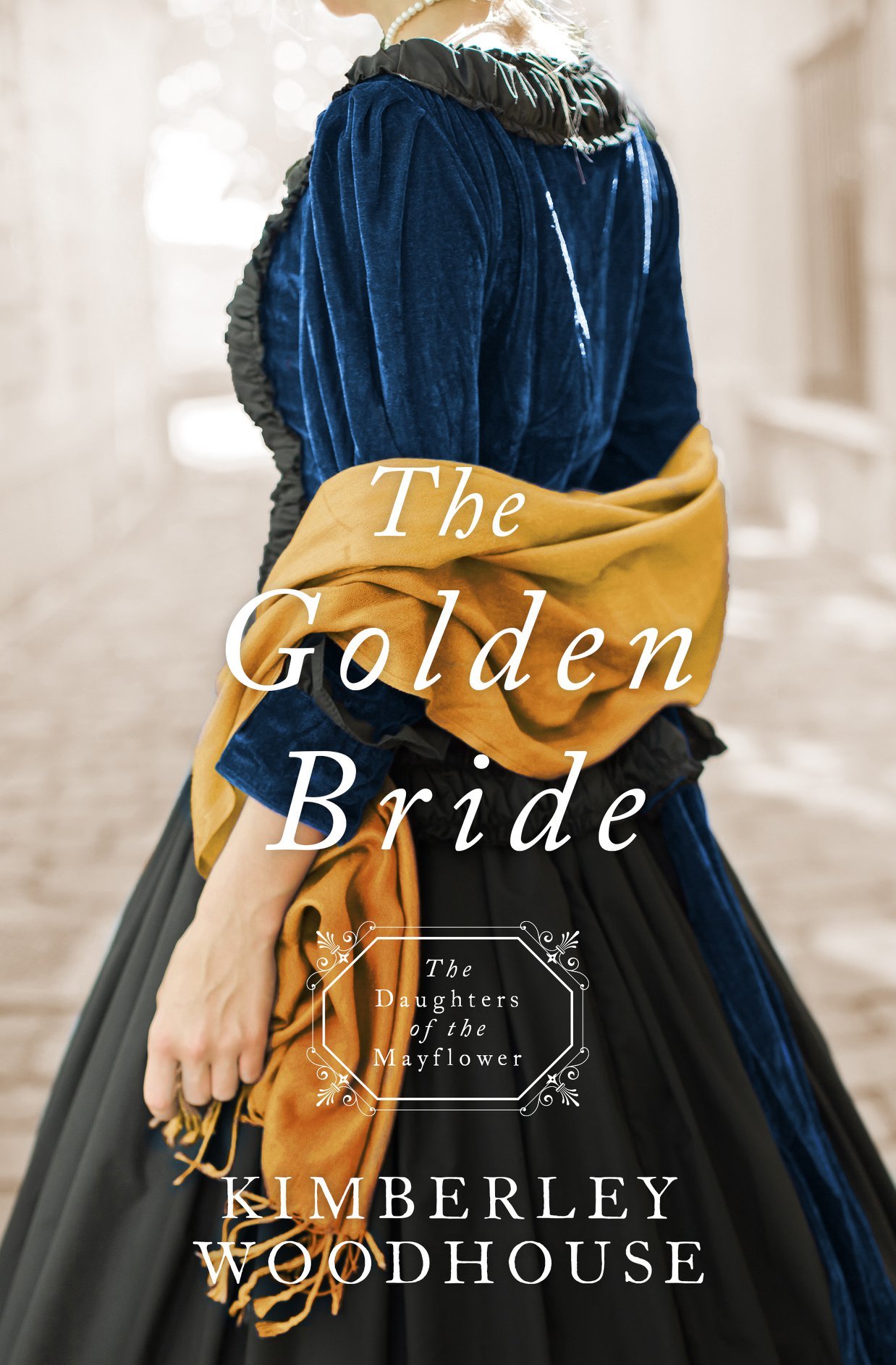 The Golden Bride (2019) by Kimberly Woodhouse is the eighth novel in the Daughters of the Mayflower series published by Barbour Publishing. This novel comes in all forms including eBook and is 256 pages in length. With a full-time job and a very lively seven-year-old, this book took me three days to read. I received a review copy of this novel in eBook form from the publisher, Barbour Publishing, via NetGalley. In no way has this influenced my review. The opinions expressed in this review are my own. I give The Golden Bride 2 STARS. This novel is a Historical Christian Romance.

Can Olivia survive the crime and Gold Rush fever of 1849…and the countless marriage proposals?

The Daughters of the Mayflower series continues when Olivia Brighton finds herself widowed and working her brother’s restaurant in San Francisco during the height of the rush for gold. Even though she receives at least twenty marriage proposals a day, she will never marry a gold miner. Her brother’s friend Joseph Sawyer has gotten caught up in local politics and the plight of Chinese in forced labor. The more Joseph gets pulled into investigating crime in the city, the less Olivia sees of the compassionate man. And just when she thinks she could love again, a fire threatens to steal all hope.

I have enjoyed every novel in The Daughters of the Mayflower series so far. They have all been excellent adventures full of interesting historical detail. While I enjoyed aspects of The Golden Bride, I do have to admit it is not my favorite book in the series. I personally struggled to connect to any of the characters, and I feel the Christian elements in this book were heavy-handed. Rather than flowing naturally from the characters as the plot moves forward, the Christian themes and discussions often feel like “We now interrupt this regularly scheduled program to bring you this important message” soundbites where Christian truths are lobbed at the reader. To me, this makes the characters appear extremely superficial (hence why I could not relate), and the interruptions often took me out of the storyline, which meant I could easily put this book down.

WARNING: Spoilers are about to happen. If you plan to read this book, scroll down to my final paragraph.

I also took great issue with the villain. I mean GREAT issue! For 99% of the novel, the villain is an unknown, unnamed man. The reader is given moments where we see this unnamed, unknown man interacting with a minion of his, and we do get small, superficial glimpses into his current psyche, but these are meaningless details because he is a nothing character. As the reader, I made ZERO connection to the antagonist. He never ever interacts with a single main character in our story except for his minion. I have no reason to really hate this character because he’s not really there. I can get mad at the idea that bad guys exist in this world and do bad things to good people. Yes, that stinks. But this abstract concept (bad things happening somewhere) has ZERO bearings in my everyday life. When I’m invested in a protagonist and I see how the villain is working against him, then I am excited when the bad guy loses. But, when a bad guy is not part of the main character’s actual story, when the bad guy is so far removed from actual life, when he goes down it’s rather anticlimactic. When evil loses in The Golden Bride, I could have cared less. I have to admit that this is THE most frustrating part of this story. It feels like I wasted three days to read a book.

Overall, I am not a fan of this storyline. I do appreciate some of the thematic topics discussed in general in this novel, but I do not feel the delivery is well done. And, my issues with the superficial nature of the characters and the way the villain is used in this story left me greatly unsatisfied.