Jillian Thatcher has spent most of her life playing the family peacemaker, caught in the middle between her driven, talented older sister and her younger, spotlight-stealing twin sisters. Then on the night of her engagement party, a cancer diagnosis threatens to once again steal her chance to shine.

Now, Jillian’s on the road to recovery after finally finishing chemo and radiation, but residual effects of the treatment keep her from reclaiming her life as she’d hoped. And just when her dreams might be falling into place, a life-altering revelation from her husband sends her reeling again.

Will Jillian ever achieve her own dreams, or will she always be “just Jillian,” the less-than Thatcher sister? Can she count on her sisters as she tries to step into a stronger place, or are they stuck in their childhood roles forever? 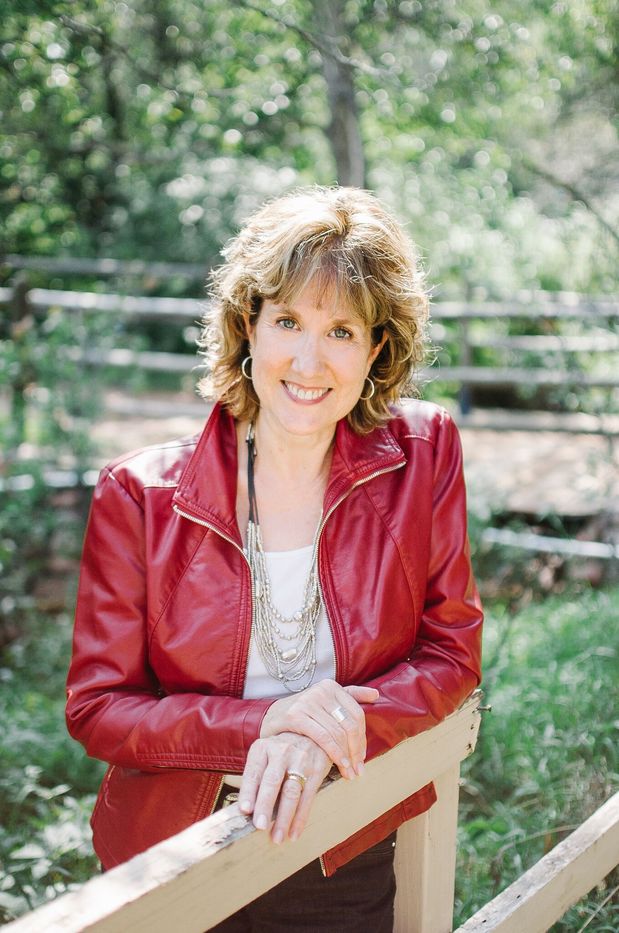 Beth is a 2016 Christy Award winner, a 2016 ACFW Carol Award winner, and a 2015 RITA® finalist. Her 2014 novel, Somebody Like You, was one of Publisher’s Weekly’s Best Books of 2014. A November Bride was part of the Year of Wedding Series by Zondervan. Having authored nine contemporary romance novels or novellas, Beth believes there’s more to happily-ever-after than the fairy tales tell us.

An established magazine writer and former editor of the leadership magazine for MOPS International, Beth blogs for Novel Rocket and The Write Conversation and also enjoys speaking to writers groups and mentoring other writers. She lives in Colorado with her husband Rob, who has adjusted to discussing the lives of imaginary people, and their youngest daughter, Christa, who loves to play volleyball and enjoys writing her own stories.

Moments We Forget by Beth K. Vogt is an unforgettable story. It is so poignant and heart-wrenching I’m still emotional days after finishing. My heart absolutely goes out to Jillian and her sisters, Payton and Johanna. Life really does a number on all three of them in this book. Even though my heart is a little more tender after having read this story, I am leaving these pages with such a pervasive sense of hope. I am so encouraged by Jillian’s and Payton’s new-found ability to leave it all to God’s will. They don’t know what their future’s hold, but they are OK with that. God’s got capable hands and He will get them through anything that comes their way. I’m leaving this novel with the same sense — God’s got this, and He’ll take care of me and my walk with Him. What a lovely, hope-filled way to leave a story!

Jillian is perfectly written. Her number one problem? Not the after-effects of cancer, not the side effects of chemo and dealing with chemo brain, not even a semi-disastrous kitchen remodel. Nope, these are not Jillian’s biggest problems. Her biggest issue is that she has always been “just Jillian.” Jillian is not like her perfect older sister, Johanna, who is always impressive and always has it together. She’s not like her amazingly athletic, talented, and beautiful twin sisters either. She’s “just Jillian,” and she hates it. As “just Jillian,” she is often dismissed and invisible. She is the girl who cannot catch a break, and she often has to watch as her dreams die. To the world, “just Jillian” is nothing. Honestly, the world sees her as a bit of a loser. Jillian almost caves and begins to believe that maybe she is just a “just” kind of girl. But then Jillian discovers the Truth — to God, Jillian is just the woman He needs.

I’m not going to lie, I bawled my eyes out. I’ve been “just Nicole” my entire life. Someone has always been better than me. No matter how hard I played, my brother Joey was seen as the better soccer player; everyone went to his games, not mine. No matter how hard I worked, when I presented my family with my Master’s Thesis the first thing they saw was a typo I didn’t catch. And, when I introduced my family to the man I was going to marry, all they could do was cut me down in front of him — of course, it was all a good joke at my expense. To my family, I have always been “just Nicole.” Like Jillian, it bothered me so hard. It took me a long time and a lot of tears, but as Jillian learns in Moments We Forget, I too learned that I am just the woman God needs. When we “just” girls realize who we are in Christ, we can overcome all the soul-hurting comments and judgments of the world, of our families. And we can handle being overlooked or ignored by those we love because we know God sees us, and that is all that truly matters. This is such a hopeful, positive message. One I am going to strive to remember the next time someone in this world makes me feel like a “just.”

Moments We Forget is a fantastic novel. I very much enjoyed every minute of this thought-provoking, heart-wrenching, hope-inducing story. I am sad my time with the Thatcher sisters is over … for now. Moments We Forget is another 2019 must-read — one I cannot recommend enough!

I received a review copy of this novel in eBook form from the publisher, Tyndale, via NetGalley. In no way has this influenced my review. The opinions expressed in this review are my own.