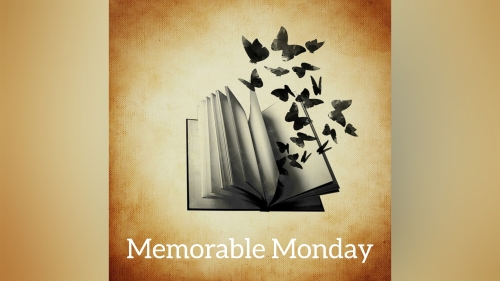 I think I became a literary snob in the 11th grade. That year, I was in Honors English 11 and my teacher, Mr. Gecy, introduced me to some of the greatest pieces of literature ever. We read amazing classics like Upton Sinclair’s The Jungle, Mark Twain’s Huckleberry Finn, and Nathaniel Hawthorne’s The Scarlet Letter. Mr. Gecy’s class was the first time English was fun for me. Prior to Mr. Gecy, English class was really just grammar class, and I hated it with a passion. All those stupid sentence diagrams I can’t do still haunt my dreams! But Mr. Gecy’s class changed the way I saw books, writing, and life. I loved that class so much! And, to this day, I try to be a teacher just like Mr. Gecy.

One day, near the end of 11th grade, Mr. Gecy came in with our last book of the year — Ender’s Game by Orson Scott Card. When I received my copy, I was sorely disappointed. We had spent the entire year reading the most amazing and erudite pieces of literature, and now he was going to give us a kid’s lit, sci-fi, mass-market book? WHAT?! It was one of the first times in my life that I actually interrupted class and exclaimed my disappointment.

I can remember that moment vividly: Mr. Gecy stopped what he was saying, I immediately felt foolish for being so rude, and then he walked over to me and asked me to stay after class. The bell rang, kids gave me nervous looks as they left, and my heart felt like it was going to jump out of my chest. When the last kid left the class, Mr. Gecy came up to me and asked why I was so disappointed about this final book. I told him I was offended. Why would he take us on this amazing literary journey throughout the year, only to end on a lame note? He chuckled (probably at my 17-year old snobbery) and then made me a deal. He told me to read to page 25. If I could get to page 25 and didn’t want to keep reading he would exempt me from the entire novel. I said, “DEAL!” I was so confident I would chuck the book into our fire pit at home as soon as I got to page 25.

Well, I did not chuck the book into the fire pit. I actually stayed up the entire night and finished the book. I didn’t get one moment of sleep that night, and I neglected all of my other classes because Ender’s Game is one of the most incredible books I have ever read in my life. I remember strolling into Gecy’s class the next day wearing basically pjs and looking like I hadn’t slept in 5 weeks. Mr. Gecy laughed as soon as he saw me, and said, “So, did you get to page 25?”

I have read Ender’s Game about 17 times. After 11th grade, I would re-read it often to remind myself of the lesson Mr. Gecy taught me — you cannot judge a book by its cover, genre, or production. I still think about that day in 11th grade English fondly. And, I will forever be grateful to Mr. Gecy for this sage lesson. Thanks to him, how many wonderful novels have I read because I did not judge them before reading them? Mr. Gecy changed my life with Ender’s Game, and I will be forever grateful.

Andrew “Ender” Wiggin thinks he is playing computer simulated war games; he is, in fact, engaged in something far more desperate. The result of genetic experimentation, Ender may be the military genius Earth desperately needs in a war against an alien enemy seeking to destroy all human life. The only way to find out is to throw Ender into ever harsher training, to chip away and find the diamond inside, or destroy him utterly. Ender Wiggin is six years old when it begins. He will grow up fast.

But Ender is not the only result of the experiment. The war with the Buggers has been raging for a hundred years, and the quest for the perfect general has been underway almost as long. Ender’s two older siblings, Peter and Valentine, are every bit as unusual as he is, but in very different ways. While Peter was too uncontrollably violent, Valentine very nearly lacks the capability for violence altogether. Neither was found suitable for the military’s purpose. But they are driven by their jealousy of Ender, and by their inbred drive for power. Peter seeks to control the political process, to become a ruler. Valentine’s abilities turn more toward the subtle control of the beliefs of commoner and elite alike, through powerfully convincing essays. Hiding their youth and identities behind the anonymity of the computer networks, these two begin working together to shape the destiny of Earth-an Earth that has no future at all if their brother Ender fails.