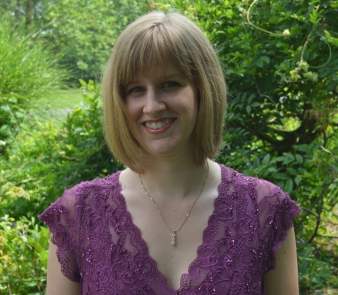 Roseanna’s next novel, A Name Unknown, is due out in stores on July 4, 2017.  I cannot wait for its release!

I emailed Ms. White a couple days ago (May 17, 2017) asking if it would be ok to interview her in anticipation of her new book, and she graciously agreed!!!  I admit to being a little starstruck and giddy. LOL! What follows are her awesome responses to my five questions, and I hope you enjoy.  I think my favorite response is her answer to #4…I can totally relate.

1. The premise behind A Name Unknown sounds so unique and intriguing.  What inspired you to write Rosemary and Peter’s story?

While researching for the Ladies of the Manor Series, I came across the information that King George V of England changed his surname during WWI from the Germanic Saxe-Coburg to the more English-sounding Windsor. That was the starting point of my inspiration for A Name Unknown. What if, I wondered, there were other Englishmen of German descent who considered doing the same?

From there I just started doing some general WWI English research and happened across more tidbits that intrigued me. For instance, artists—painters, writers, you name it—were employed by the British government to include pro-war propaganda in their works. This combined with my above idea until I had a reclusive writer of adventure novels, who chose to use a pen name so no one knew he was of German descent.

Then, of course, I needed a heroine. I’d just finished reading a book my best friend/critique partner wrote that included a thief, which is no doubt why I decided that Rosemary and her family should be a gang of street thieves with an unusual code of honor. I decided to create a mysterious employer known only as Mr. V to propel each member of her family on the tasks that lead them into their adventures in each book. I absolutely love how the characters came together!

2. While writing A Name Unknown, did you run into any snags?  Maybe in the research portion of the writing, or the writing itself?  If so, what did you do to overcome this issue? (I teach Freshmen 9 and AP Lit Seniors, and I always have a few budding authors, what would you recommend to students who run into snags in their writing?) 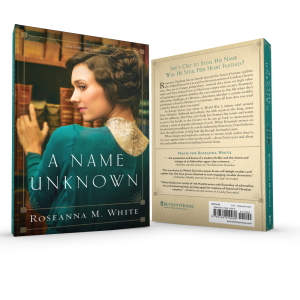 Though almost all my books have a suspense/mystery thread, that is SO not the part that comes naturally to me. In this one, one of the major things I slaved over—both in the first round of writing and at the request of my editors—was finding a satisfactory balance for the suspense, especially toward the end. As usual, my climax demanded a rewrite, and I had to insert a whole new villain.
These sorts of things almost always come up. My answer is usually just to push through, running ideas by my critique partner and/or my husband as I’m writing it. Then waiting for their feedback after I’ve finished and given it to them to read. Even though those trouble-spots often require even more work than what they recommend, I’ve learned over the years to accept and even enjoy that process of pushing myself to make the story better. It didn’t come naturally! For years I resisted changing anything in my stories, but after doing some work as an editor, I came to understand the value of that professional input, and now I can’t imagine putting out a story without first having those constructive critiques!

3. What is your favorite part of the writing process?  Why?

Definitely brainstorming. I love that initial burst of an idea and then fanning its flames to see if it’ll really take off and come to life or not. The actual writing is great fun too, of course, but I’m definitely an idea girl! There’s something about those shiny new ideas—that have not yet been subjected to the scrutiny that actually writing them requires, and whose plot holes are blessedly unknown—that I find quite tantalizing. Usually in the course of a day or two I can have a complete book idea worked out, with general thoughts down about where the characters will go and who they are. Much of my discovery happens as I write—I don’t plot out every scene ahead of time or anything—but generally speaking it just deepens and expands what I came up with in my brainstorming sessions rather than demanding I give up that premise that got me started. (Though there are times…)

4. How do you balance being a wife, mother, and writer?

Oh dear. Well, for starters, I neglect the housekeeping, LOL. I’m trying to be better about that and plan to teach my kids some handy-dandy responsibility for it this summer, but when it’s crunch time, that’s what slides by the wayside. In general, I handle juggling the priorities by getting up at 5:30 so I have some dedicated work time in the morning before our homeschool day begins. And rarely do I write in the evenings—those are generally when I hang out with my hubby. Unless a deadline is looming and I haven’t met my word count for the day, but that only happens for a week or two a year.

5. If you could meet any author — past or present — who would it be and why?

Probably Lucy Maude Montgomery. Her books were my favorites as a kid, and when I reread the Emily Series in my twenties, I realized how much of my own life I’d modeled on Emily, who is a fellow writer. With the new Anne with an E series out (haven’t watched it yet, so I can’t comment on it), I’ve learned a lot more about her as a person and a writer and think even more that I would love to sit down with her and chat about the books she wrote, the books she wanted to write, the constraints society put upon a female author in her day, and how her heroines have inspired generations of girls, myself included.